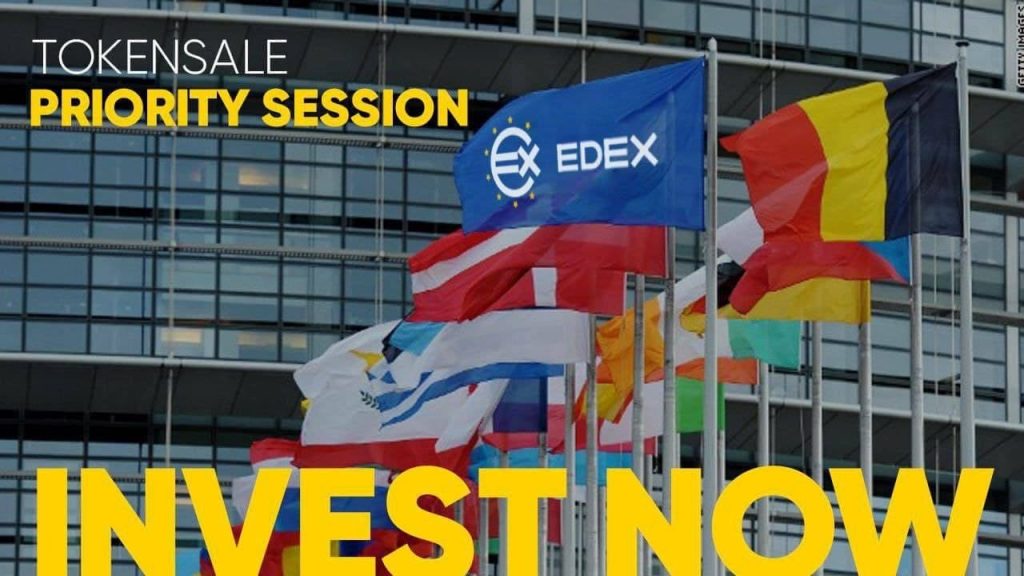 The next round of the PreSale phase for EuroSwap EDEX will be the final round before the project’s first listing on a major exchange. At the launch of the Trading Season phase for EDEX token, the exchange will launch the Traders Competition event, Coinmarketcap will add EDEX to the list of tracked projects, and the European media is already preparing to discuss the main crypto event of Spring 2022.

We should expect that all these factors will trigger a chain reaction of Euroswap popularity and the price of this token will fly to Europe (Jupiter’s satellite) in the first days.

Everything Brilliant is Simple

The major digital products of the last decade prove that all genius lies in simplicity. The Euroswap EDEX project is on par with these brilliantly simple products. How to reach millions of EU citizens and at the same time increase the popularity of the new financial phenomenon Web3.0? You just had to come up with Euroswap EDEX.

While the crypto-economy is already considered something commonplace in the world, only about 12% of Europeans have dealt with cryptocurrencies. EDEX will allow the vast majority of European citizens to easily own cryptocurrency and just as easily sell crypto assets for real money. Remember how long it took us to get used to shopping online? Euroswap will accustom Europeans to the digital economy even faster.

Euroswap EDEX is the first European cryptocurrency exchanger focused primarily on euro and crypto exchanges. To buy and sell cryptocurrency in a few clicks, Europeans will simply need to create a DEX wallet and link their bank card. The closest counterpart to the simplicity of this transaction is buying an Apple voucher or a YouTube Premium subscription.

The main operating element of this technology will be the connection of VISA-like fiat gateways. Once the EDEX method is implemented, Europeans will definitely be ahead of the world’s crypto-asset ownership statistics.

It is expected that by 2024, more than 300 million EU residents will be active participants in crypto transactions. That’s about 45% compared to the current 12% and much of the credit for this statistic will go to EDEX.

Euroswap EDEX has become a cult project since the initial distribution of Euroswap tokens. Very soon the first investors will be able to record more than 1300% profit as soon as the token is added to a major exchange listing. Once trading begins, EDEX will increase in value many times over, as demand will exceed supply.

The main reason for this is that more than 75% of Euroswap’s early investors have already added their assets to Early Staking up to 152% APY That is, these assets will not be available for trading for at least 12 months

Official sources from the EuroSwap EDEX team confirmed the final selection of the centralized exchange that will be the first to list the EDEX token. The developers chose the most promising platform for the token out of several dozen applicants.

About a month ago, they announced a shortlist, where they named 3 exchanges: Gate.io, HitBTC and KuCoin. All of these exchanges have trust ratings above 90% and each has a daily turnover of at least $5,000,000,000.

Immediately after adding EDEX to the trading pairs, the exchange will start the Traders Competition – this will give a boost to the popularity of the new asset among hundreds of thousands of active traders.

Large volumes of daily trades are guaranteed, which means that EDEX will literally immediately get on the Coinmarketcap list of tracked projects – millions of potential investors will see it there. Analysts predict a sharp rise in the price of EDEX right after its listing.

Prior to listing on the exchange, EDEX tokens are distributed to investors on Euroswap’s official website.

The current price of EDEX token is 0.1624 BUSD (0.15 EUR) Euroswap assets can be purchased via Metamask and TrustWallet wallets or via 24-hour support in Telegram.

This is the last opportunity to buy EDEX at a low price, because after the listing, traders will immediately raise the price – the demand will many times exceed the supply.

EDEX’s Accomplishments Before a Major Listing

Throughout its formative stage and the period of attracting seed investment, the EDEX project has regularly demonstrated to investors the income tools and security guarantees. From day one, the developers showed the project’s MVP to the community – it was a fully functional swap exchange for the BUSD/EDEX pair.

In early 2022, the EDEX project enabled investors to profit from investing their Euroswap assets in Early Staking. This is an early investor incentive system where they could lock in their assets for 6, 9 or 12 months with the ability to earn up to 152% APY. Each participant could choose to add assets to Staking or keep them for trading.

Right now, more than 75% of EDEX holders have already locked in their tokens for 12 months and are making passive profits. The Staking option will remain available even after listing.

In January 2022, the Euroswap team commissioned an independent audit of the project from the most prestigious company in the industry, Certik.

The EDEX developers also published all the results of the audit and the auditors’ comments in public sources. In addition, the team constantly publishes the project’s progress on GitHub.

The next step after the listing on the centralized exchange will be the launch of another passive income tool – Euroswap will launch a full-fledged Farming for holders of EDEX tokens.

Accordingly, this means that the project will appear on one of the Decentralized Exchanges like PancakeSwap or UniSwap.