From Web2 to Web3: Huobi’s Vital Role in the Transformation

Home/News/From Web2 to Web3: Huobi’s Vital Role in the Transformation 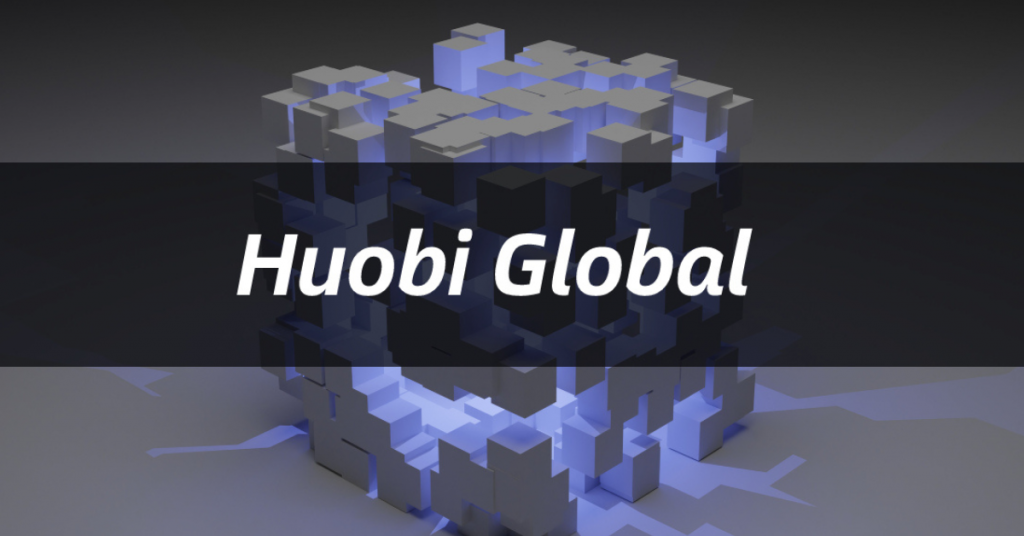 The “Metaverse” has become the topic for the year, and the focus of discussion even among those outside of the blockchain industry. However, it is not the metaverse per se that has been grabbing attention worldwide. Rather, it has been another concept that has drawn the eyeballs of the technology and venture capitalist spaces.

Some industrial players believe that the arrival of this concept could completely change current economic and social operation models,  signaling a new era in the digital economy. Top venture capital firms such as Sequoia and A16Z have made heavy bets on its potential and have even claimed to have restructured internally in order to seize the opportunities emerging from this revolution; crypto asset exchanges, technology, fintech and consumer companies are investing R & D resources into this up-and-coming technology concept. The hype is real, and constructive actions have already been taken toward building on this concept with an eye to the future. But what is it?

It is, simply put, Web3, the third-generation of the Internet. Not unlike its predecessors Web1 and Web2 during their infancy, Web3 is not without its controversies. What exactly constitutes Web3, how can this vision be realized, and what role can centralized exchanges play in the Web3 era?

From Web1 to Web3: The Evolutionary Journey

When the World Wide Web was rolled out during the end of the 1980s, people entered the Web1 era, where portal websites were the sole provider of content. Internet users could only read or watch what these websites provided, and relied on them almost exclusively for information. Web1 is best known as a period where users had next to no say with regard to content contribution and creation — users mostly consumed whatever information was made available to them via the early portals and websites.

At the beginning of the 21st century, when the concept of social media emerged and platforms such as Facebook appeared on the World Wide Web, the Internet users were able to create, upload and share their own content on the Internet, which added much depth and flavor to the Internet. The dawn of user-generated content (UGC) marked the beginning of the Web2 age, which is basically the Internet as we know it today — a period marked by users’ increased and active participation in all aspects of content development dramatically increased.

Despite its vast improvement over Web1, Web2 is not without its drawbacks. Current Web2 social media platforms and websites, with their centralized modes of operation, have faced criticism over their absolute ownership of user-created content, often at the expense of the users themselves who generated the content.

Enter the blockchain — the infrastructure from which decentralized systems are built upon. With the strong growth of blockchain technology in recent years,  it is believed that the next stage in the evolution of the Internet, Web3, is looming on the horizon. Web3 has been touted as an era of user empowerment, where content creators receive more rights and decision making opportunities with regard to the development of the Internet and the online communities they operate in.

It’s early days yet, and although Web3’s full potential has yet to be realized, prospects look promising. The success enjoyed by blockchain-based projects serves as a testament to the enormous benefits the blockchain brings to various aspects of society, and bodes well for a future where decentralized systems feature prominently alongside centralized ones, paving the way for a more intelligent, autonomous and open iteration of the Internet.

Web2 to Web3 – The Huobi Vision

Huobi Global envisions a world where safe and reliable Internet of Value (IoV) services can be provided to millions of users across the globe.

“We listen to the demands of users, consider what others have not previously thought of, and innovate for the benefit of our users,” said Lily Zhang, CFO of Huobi Global, the world’s leading crypto asset exchange.

A pioneer in the blockchain space, Huobi Global has evolved into a full-fledged platform since its launch in 2013, and is fully committed to providing value-add for its users.

“We already have numerous assets of high quality and Web3 contents which are readily apparent on our platform, but we will not stop there. We aim to become an integral part of people’s Web3 lifestyles, just like how social messaging apps such as WhatsApp, LINE and WeChat have become the Web2 way of life for people worldwide.”

Huobi has also invested in Cube Chain, a new public chain that aspires to become the world’s leading Web3 blockchain. Huobi believes that Web3 is on the cusp of transforming the world, and that decentralized public chains such as Cube Chain will form its backbone.

As the basic building block of the Web3 world, the blockchain industry is still emerging from infancy. Infrastructure projects tend to be long-term in nature, and challenges have been observed from three main aspects:

Firstly,  demand for the application layer is growing too fast. For example, Ethereum is struggling to undertake the data and interaction demands of upper-layer applications, and sharding technology has not yet been fully realized; secondly, technical difficulties have been exhibited and have yet to be fully countered by technical teams; thirdly, external factors, such as regulation, financing difficulties, and more are faced by up-and-coming projects.

Despite numerous challenges, there have been innovative technical achievements, such as zk, modular public chain and other expansion schemes that are promising to propel the blockchain to new heights. As one of the leading crypto asset exchanges in the industry, Huobi is committed to leading the development of the entire industry in technological innovation through various forms of support. Huobi has invested in OptimismPBC, zkSync and other high-quality Layer 2 programs, and is willing to take on the role of  an active partner in high-potential project teams in order to solve these pressing issues.

Decentralized Identifiers (DID) is the identification system for Web3 residents. DIDs can correspond with multiple identities and require more applications, including social networking, games, and more to support the accumulation of data on-chain. As of now, Huobi has made significant headway in DID building— nearly 700,000 Huobi users have obtained DIDs.  The year 2022 should see social networking and NFTs utilized as gateways to provide more Web3 application scenarios for DID users.

Entrance to the Web3 economy

As a Nine-year old crypto assets exchange, Huobi Global has listed more than 500 high-quality crypto assets hailing from a variety of Web3 segments, including NFT, DeFi, GameFi, and SocialFi. Innovative and industry-leading projects are Huobi’s  primary considerations for listing, and such assets hold the potential to play major roles in the upcoming Web3 economy.  Huobi is committed to  listing infrastructure and application tokens, such as some innovative new Layer1 blockchains, NFT tokens, social tokens, and more to enrich the future of the World Wide Web.

Among the numerous crypto assets available today, NFT, with its characteristics of digital scarcity, uniqueness and verifiability, provide confirmation of digital ownership for and play a pivotal role in entering the Web3 era. NFTs undertake the value transfer of real and virtual assets, enabling users to participate in both offline and online virtual events. Huobi is focused on building a cohesive NFT platform and community,  enabling more creative developers, artists and users to participate in and mutually enjoy the benefits offered by the industry.

Easing the Web2 to Web3 migration

The transit from Web2 to Web3 could present many challenges to users. For example, digital currency will likely be the mainstream medium for Web3 transactions, but users might not know the best channels for purchasing digital currency. Other pain points could include the lack of knowledge around how to invest and trade in digital assets.  From a user security level, how should discerning users best avoid the scam ads that have been flooding social media, while also protecting themselves against phishing attacks and fraudulent transactions?

With its expertise and rich experience in the crypto industry since 2013, Huobi has made available several tools and services to smoothen the migration from Web2 to Web3. Huobi will also support Web2 companies’ migration to Web3 at the investment or incubation level with its strong financial and research know-how. Being a creator and contributor to the Web3 space, Huobi is committed to offering more opportunities to innovative and cutting-edge projects, enabling Web3 residents to not only keep up with the development of the industry, but also actively participate in this promising new era.

The Web3 world is envisioned as one underscored by autonomy, with no central organization, and where content will be owned and controlled by users. Its arrival could completely break the monopoly of the current technology giants, rewrite the current operation of the digital economy, and trigger a fair share of upheaval and innovation.  Those who spearhead this revolution and seize this budding opportunity stand to enjoy what might just be the most lucrative dividends of this industrial change. We can only wait and see.

Founded in 2013, Huobi Global is one of the world’s leading cryptocurrency exchanges, with tens of millions of users across five continents and 160 different countries. We are dedicated to empowering financial freedom and creating new global wealth, having led the cryptocurrency industry in spot, derivatives, and Bitcoin transactions for many years. Our infrastructure, operations and offerings are built on processes and standards that prioritize user safety and industry compliance, backed by strong global customer support underpinned by local expertise. This lets us offer a unique trading environment that is truly customer-first, safe and sustainable for all users, enabling their long-term success. For more information, visit www.huobi.com