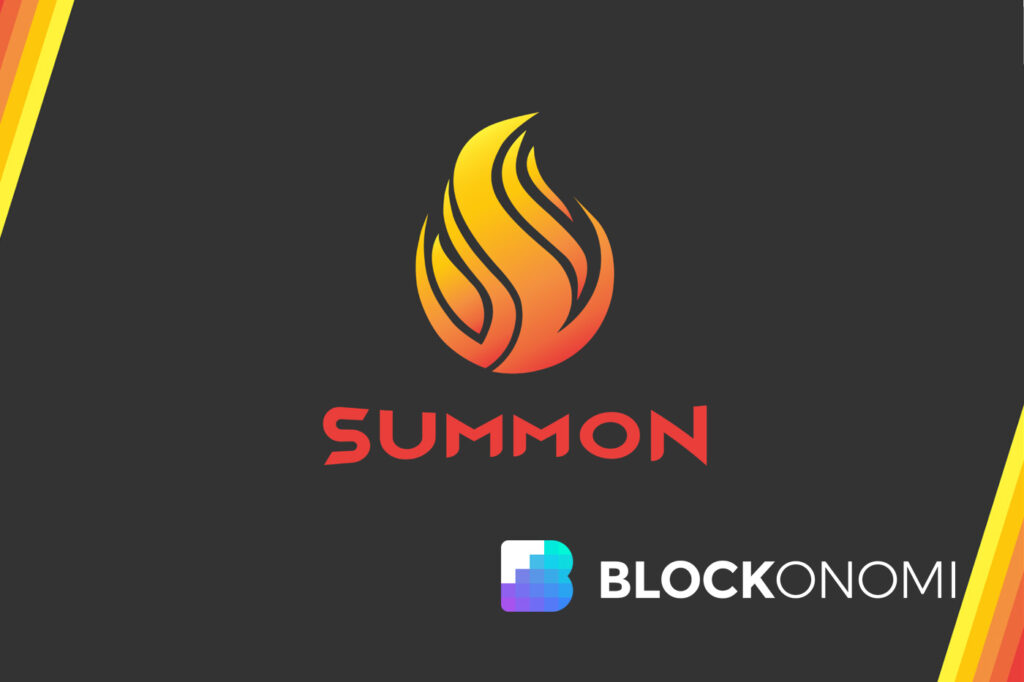 We recently covered the announcement of an intriguing new DAO toolkit startup on July 20 this year.

Over the last five weeks, the platform’s team has opened a novel Cardano-based funding initiative, known as an “ISPO”, has run its first utility token distribution using its own blockchain software, and is deploying modules from its promised “DAO Operating System” on Cardano’s Testnet and Mainnet, and has stated its intention to roll out the platform and its various add-ons starting September 2022.

Blockonomi: Since announcing The Summon Platform only five weeks ago [Editor’s note: July 20, 2022], your DAO project has built remarkable momentum. Last week, the platform’s initial token distribution took place. In this bearish market, how did it work out?

Adam Rusch: Thank you, and thanks to Blockonomi for the opportunity to provide this update to everyone.

We were excited about this event specifically because this was an exclusive Community Token Distribution for members of Minswap, Liqwid Finance and ADAO communities. To participate in this early access initiative, you had to hold one of the tokens from at least one of those projects in your wallet, and that was enforced by our novel protocol which governed The Summon Platform’s PubSale token distribution system. With more than 10 million $SUMMON tokens purchased, we were really impressed and thankful for the members of those communities who came to support us.

Thomas DiMatteo: Community members could make as many transactions as they wanted, but the maximum amount was 12,500 ADA per transaction. This was to ensure that members of the communities that empowered us to stand up The Summon Platform had the opportunity to acquire $SUMMON well in advance of retail token releases. This is also a reflection of our commitment to ensuring decentralization from the beginning by mitigating the ability for institutional money to buy up a significant stake in the platform’s governance.

Blockonomi: You said that that the token sale took place on The Summon Platform’s own software system itself?

Riley Kilgore: It was. We ran the Community Token Distribution entirely on The Summon Platform’s own deployable token sale module, which we call PubSale.

With PubSale’s novel non-custodial approach, and by leveraging the power of Haskell and The Summon Platform’s DAO operating system, we don’t take custody of anybody’s funds at any time.

This was PubSale’s first big test, and I think the first-ever live test of a trustless token sale system in Cardano’s history. We are flexible enough for us to have improved transaction batching on the fly, and user safety wasn’t compromised at any time. We’re really excited to offer this open source module from the forthcoming Summon Platform to other blockchain-based projects.

Adam Rusch: From the Summon Association’s perspective, it was exciting to see Summon Labs deliver PubSale, just the first of many modules to be delivered in The  Summon Platform, which we think will be among the best DAO operating systems you can find in Web 3.0 protocols.

Thomas DiMatteo: Readers might be interested to know that the Dapp and interface we used to deploy the PubSale is still live at https://app.summonplatform.io. It’s a cool feature to check out and get a preview of what your DAO’s dashboard could look like when you upgrade to The Summon Platform.

Blockonomi: The $SUMMON token is a utility token, not intended as a mainstream cryptocurrency. How did the distribution contrast with a typical ICO?

Riley Kilgore: We wanted to make sure that this initial distribution was exclusively to members of the communities who have been supporting us. A community-based distribution coming before any industry insiders make purchases is not usually the way that crypto projects do their funding.

Matthew Bowen: We’re extremely proud that $SUMMON is now in the wallets of so many of our earliest supporters and that we were able to do so at what our team feels was a very fair price. And I think it’s also noteworthy that we are building something extraordinary in one of the toughest bear markets in the history of crypto. Despite unfavorable market conditions, the $SUMMON distribution was met with a resounding response. This is evidenced by the great success of our initial Community Token Distribution which received a lot of support from the grassroots members of the Cardano community who believe in our team’s ability to lead to mass adoption of DAOs. I’d also like to note that we achieved all of this without resorting to private funding from venture capital, unlike most of the significant projects in this space. The fact that we bootstrapped the project and development of The Summon Platform ourselves to this state with a whole lot of sweat equity is nearly unheard of in blockchain these days. We are very proud of all we’ve accomplished to date while doing things ‘against the grain’ so to speak.

Thomas DiMatteo: Recently we’ve seen a lot of price crashes of all these big VC backed tokens. There’s terrible sentiment around, and for good reason. Projects are being labeled scams, not because they’re selling tokens, but because their private investors are selling tokens. Seeing the contrast of our community’s support of our Community Token Distribution has been very encouraging.

Adam Rusch: The confidence we get from knowing the community is behind us and from knowing that we have people who are eager to use our products, people who are willing to buy our tokens because of the utility that those tokens provide is what gives us the assurance to know that we can be successful. And we know, after this Community Token Distribution, that the community is eager to see what The Summon Platform is going to deliver for them. We’re not going to let them down.

Blockonomi: How is the ISPO going? [Editor’s note: Initial Stake Pool Offering is a novel fundraising model on Cardano]

Riley Kilgore: From my perspective, I think it’s really exciting to see The Summon Platform producing Cardano blocks. It’s exciting to be contributing to the decentralization of the network which is the main purpose of every stake pool.

Thomas DiMatteo: As someone who’s deeply integrated into our community, it feels really good to not only be continuously gaining support but taking this community of supporters with us. The block rewards we earn from our ISPO pool are essential to fund the work of our development team and core infrastructure. It’s great to see so many members of the Summon community who want to receive our utility tokens for delegating ADA stake to our pool.

Blockonomi:What does the future hold for The Summon Platform?

Adam Rusch: One of the missions of The Summon Platform is not only to not only provide a portal where people can use this operating system for a DAO, but also to provide outreach, to help teach people the best techniques for decentralized governance and coordination.

We had the great honor of being approached by the Proof of Africa project, which is a project on Cardano run by African entrepreneurs that teaches African developers how to become more proficient in Web 3.0 technologies, so that they can hone their skills and contribute to their local economic development. And we’re going to be working with groups like them and others to give everybody an opportunity to build up proficient DAOs and other organizations that take advantage of tools for decentralized governance and coordination.

Matthew Bowen: As Tom highlighted, we envision The Summon Platform as becoming much more than just a “DAO platform” Our intention is for Summon to be something much larger than that – The Summon Platform’s modular architecture is designed to allow for nearly limitless build-out and development so that ultimately what we have is more of a DAO operating system and portal to DeFi and Web3 utilities for single-users and DAOs alike. We aim for The Summon Platform to have massive utility for all users and organizations that can benefit not only from the decentralized governance tooling this group is known for, as that is really just the starting point. We see real potential for The Summon Platform to become a ‘killer dapp’ in the blockchain ecosystem.

Riley Kilgore: On the topic of multi-chain integrations, I think it’s likely that once the Summon Platform is live on Cardano, we will begin strategizing the best ways to do cross-chain implementation for Summon. For instance, we hope to add support  for the Ergo blockchain. Ergo and Cardano have overlapping communities, but Ergo is severely underfunded. So with our continued success, we’d like to help bring resources and tooling to the Ergo blockchain.

Thomas DiMatteo: And look out for the continued roll-out of new modules and features on both the public testnet and mainnet as we launch the Summon Platform starting around September 2022.