The public sale will be held within the ABEYCHAIN ecosystem, and participants will be able to purchase PUP tokens at the best possible price. PUP token is the latest canine coin and has major utility within the Puppy Planet gaming metaverse.

Puppy Planet is developed by Puppy NFT Labs and combines NFT plus DeFi within a gaming platform. The game is similar to Axie Infinity, where players have the opportunity to own NFT pups. These pups can be bred for more pets using the pet mining feature to increase NFT collectibles.

Players can trade the NFT pets within the gaming marketplace for PUP tokens or use them in battlefield environments for rewards. Like any play-to-earn game, the Puppy Planet gaming economy is completely decentralized, and players have unlimited earning opportunities.

Puppy Planet will be issuing 180 million PUP tokens with 90 million tokens allocated to in-game mining within farm or battlefield environments. Half of the in-game revenue will also be reinvested in a mining pool for player rewards. Players can stake their tokens within the mining pool for a short payback period and earn stable rewards in PUP tokens.

The public sale represents a great opportunity for players to get into the Puppy Planet world and become early holders of PUP tokens. Following the PUP token sale, users will be able to access a blind box sale from November 2021.

Players will need to buy a blind box to hatch a puppy NFT. Each NFT pup hatched has a random element and battle attribute that can be boosted within the in-game shop. Players can farm their pets for more pets when the game launches or take them to the battlefield to earn rewards.

Users will also have full utility for their PUP tokens to purchase NFTs, props, and hatch pets faster. An NFT market will also be launched where players can trade their NFTs for PUP tokens.

Built on the ABEYCHAIN blockchain 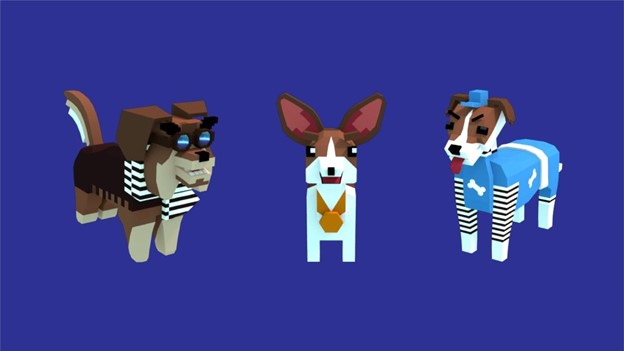 Puppy Planet is the first blockchain gaming platform that is built on ABEYCHAIN. ABEYCHAIN is a third-generation blockchain protocol that provides decentralization, scalability, and security.

ABEYCHAIN was recently nominated in the Blockchain Solution of the Year category at the upcoming Europe AIBC Awards 2021 in November.

The blockchain game will be able to leverage a unique architecture capable of processing up to 10,000 transactions per second without losing efficiency. Puppy Planet will also have low transaction fees compared to other blockchain gaming platforms, and users can get full value for their NFT pets.

PUP token is an ARC-20 token and can be traded on XSWAP, the native DEX of the ABEYCHAIN ecosystem. Puppy Planet has designed an easy to use interface that will attract mainstream players.

Gamers are only required to create an ABEY wallet on the ABEYCHAIN and authorize the binding to Puppy Planet to begin gaming. After binding, users can buy a Mystery Box that hatches a puppy with random elements and battle attributes. The puppy can be farmed for more pups or taken to the battlefield to earn rewards.

To take part in the public sale and learn more about Puppy Planet, visit the following links below.