Given how social media, mobile apps, and other internet-based products have changed society, the internet has a far more significant impact on our lives than we realize. The internet’s evolution is always divided into three iterations: Web 1.0, Web 2.0, and Web 3.0. The internet today is almost unrecognizable from the early internet interface. Web 1.0 content mainly was in text and image formats. Web 1.0 interfaces primarily used data from static file systems, and platforms had little or no interactivity. Web 2.0 is the interactive and content-creation web.

While the Internet, in its two iterations, has had a significant impact on society and the global economy, it is also clear that it has some serious flaws. However, a slew of new technologies, such as blockchain, are laying the foundations for Web 3.0, a decentralized, secure, and “user-centric” Internet. This article will look at how web3 improves data privacy and security.

Cambridge Analytica illegally obtained personal data from 87 million Facebook users in 2018. Other web2 platforms have experienced data breaches. These large platforms own the data, and users have little control over its storage. Users’ data is stored in centralized servers that can be breached or hacked.

Web 3.0 platforms address these shortcomings in data privacy and security by altering how we interact with online platforms. The primary distinction between web2 and web3 platforms is decentralization. Whereas web 2.0’s single database system runs on blockchains and decentralized server networks, web3 applications run on blockchains and decentralized server networks. Furthermore, Incentives are provided to network participants to sustain the entire system.

Web 3.0 platforms, with their decentralized apps(dApps), provide a higher level of data privacy and security. It is essential to note the significant improvement in data privacy and security between web2 and web3. However, there is a need for simple and unique tools to assist developers in creating dApps with enhanced privacy features. The Verida protocol is one of the innovative platforms that gives developers the tools needed to build privacy-focused and user-centric web3 platforms. Let’s get started by discussing the Verida protocol. 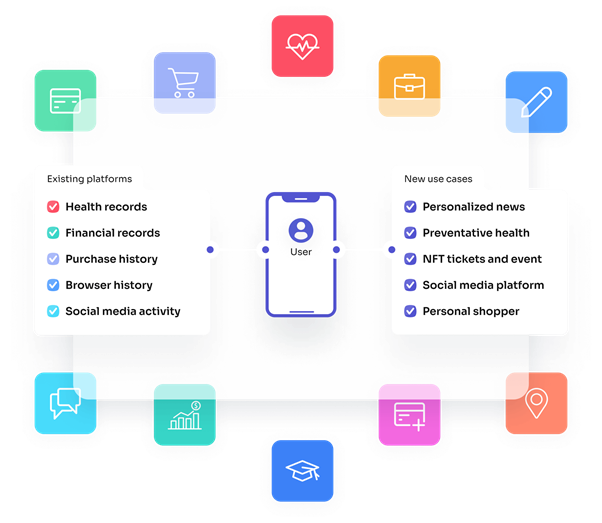 Verida is an innovative platform that allows users to access their data via a single decentralized sign-in process. Verida can also be used to unlock data from Web 2.0 platforms. Users can connect data from centralized and decentralized applications can be connected to the blockchain by users. Because of the data connection, users will be able to own their data and earn rewards for sharing it. The Verida framework includes a collection of open-source libraries that have been carefully selected to aid in the development of robust web 3.0 decentralized applications. Verida also includes several toolkits, including the Builder’s toolkit, Personalize, and API toolkit.

Developers can also personalize toolkits using the QR code query and Personal Data Oracle SDK to provide a unique experience for their users. The Verida vault is also an effective management tool, as it allows for the decentralized and transparent management of data and user privacy across a variety of user-centric applications. Verida’s ultimate goal is to accelerate web 3.0 adoption and transition web 2.0 developers to the decentralized, transparent, and open internet that web 3.0 provides.

The advent of Web 3.0, a significant improvement over the breach-prone Web 2.0, has provided a higher level of data security and privacy. Verida, a blockchain and privacy  startup, is dedicated to making it easier for web2 platforms to transition to web3 platforms by providing innovative toolkits required to create privacy-focused and user-centric dApps.